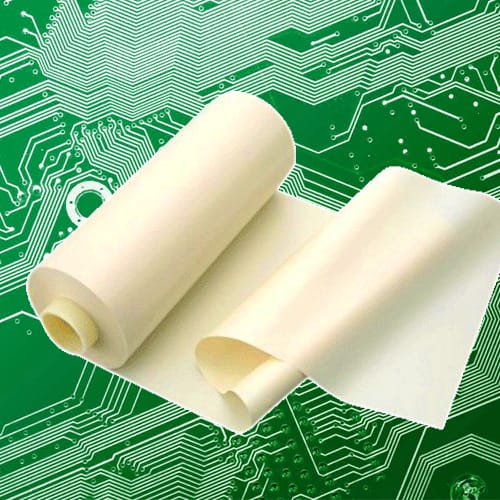 LCP is an engineering plastic with excellent performance, the main features are as follows: 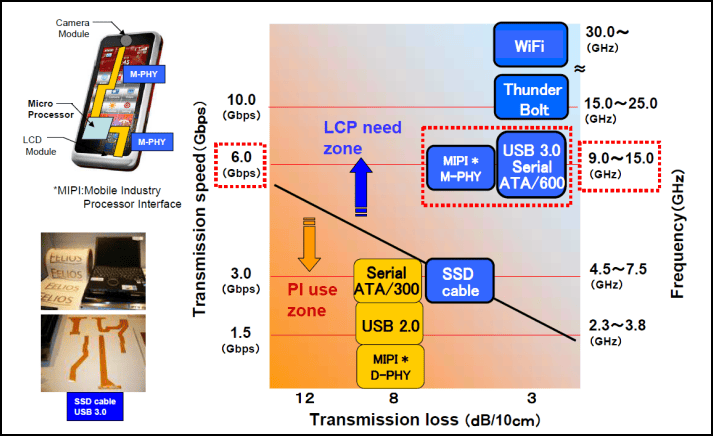 Conclusion could be achieved from above:

PI-FCCL is suitable for the frequency of less than 6 Gbps, with the higher the frequency, the bigger the attenuation loss of signal transmission. Therefore, its performance degradation is very obvious in high frequency field.

Obviously, PI film can not meet the requirements of 5G with high-frequency and high-speed signal transmission. LCP film is the best choice for high-frequency copper clad laminate in 5G era. LCP film shows incomparable performance advantages under the high-frequency conditions above 15GHz. It will have broad application in 5G field.

Due to the strong orientation of LCP molecules, it is easy to form a single orientation arrangement under the action of shear stress. Therefore, it is difficult to form LCP films by traditional casting or blowing. 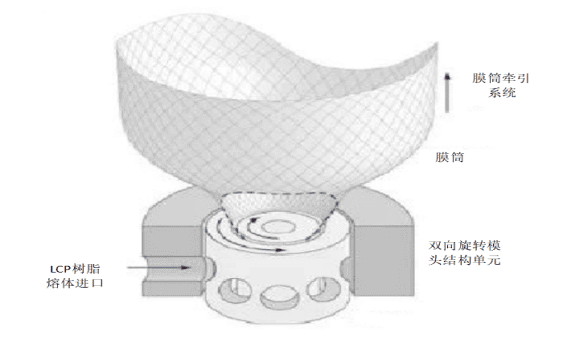 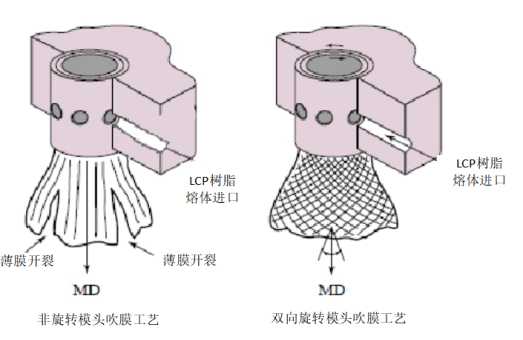 Therefore, spiral die must be used to LCP film-forming instead of common die.

The LCP film-blowing production line developed by Shanghai Legion has wide resin processing temperature and narrow fluctuation of film thickness (within ± 10%). After blowing, the film can be treated online to reach the special coefficient of thermal expansion (CTE), as well as to ensure the stability of dielectric constant and dielectric dissipation factor of finished film. The post-treatment will also reduce the fluctuation of film thickness to ± 2 ~ 4%.

This production line is applicable to LCP film with the thickness below 75 μm.

The blown LCP film must be heat treated to reduce the fluctuation of film thickness, adjust the thermal expansion coefficient of the film, eliminate the internal stress of the film, and improve the uniformity of dielectric constant, dimensional stability and plastic processing formability.